Back
LINK to Larry M's Jtech laser and spindle GRBL

This is a how the laser tool is set up in V carve. Your grbl should be a laser friendly version, I recommend Larry M's jtech grbl version 1.0c. Your laser mode should be on and minimum power set to 0, max to 255. So the tool is set to max power for engraving fast. Remember there is no resistance in material you are fighting, only the momentum of the spindle.

Here you can see the difference between the 2 types of tool paths. Notice how on the Quick Engrave tool path the leaves are blended together and the "e" and "a" are missing their islands. Also on the Pocket tool path notice how parts of the "2" are missing because of only using one pass at 45 degrees. Two are needed 90 degrees rotated to cleanly engrave everything.

Using the tool setup above, this is how I recommend engraving. First I was using quick engrave tool paths with cross hatching. It was good and dark but it would destroy detail. I figured out why. The engraving tool path overlaps the line work. It put the tool center on path. Then I was thinking about tool paths that didn't act that way.... POCKETS! A pocket tool path will keep the diameter of the tool inside the path. But a pocket tool path doesn't cross hatch in a single tool path, so 2 are needed.

This section will be dedicated to useful tips and more based around my research and discoveries from using my Jtech 2.8w laser engraver.

This is how I setup jobs for both laser engraving and milling on one sign. First I mill, then I laser engrave. I found that using my "cone" technique was the most accurate for positioning. this works with items that there will be waste. the zero point should be away from clamps and in the cutoff area.

SWITCHING BETWEEN LASER AND SPINDLE IN UGS

This is my "cone" technique. I use this shape to give me an easy place to zero my laser. It should be done with a step V bit that has a true point like the Whiteside 1540 60 degree bit. It's only about 0.19" in diameter.

Make sure to ALWAYS save the file with the correct post processor which has no Z axis movement. 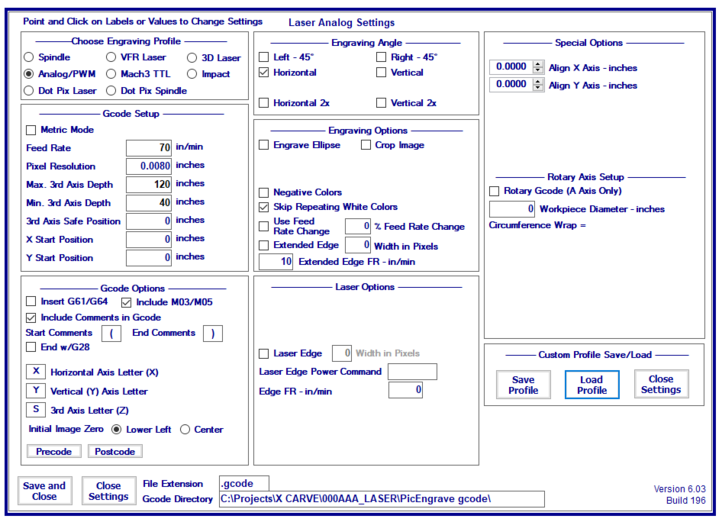 (This pocket was only a single pass, not cross hatched)

THESE ARE WITH THE 2 POCKET TOOL PATHS 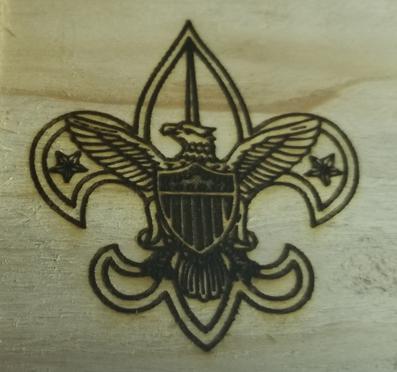 WARNING: DO NOT LASER CUT OR ENGRAVE VINYL 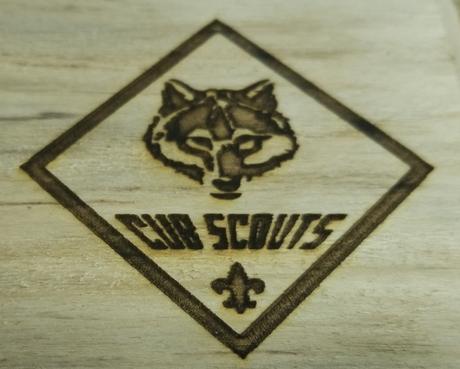 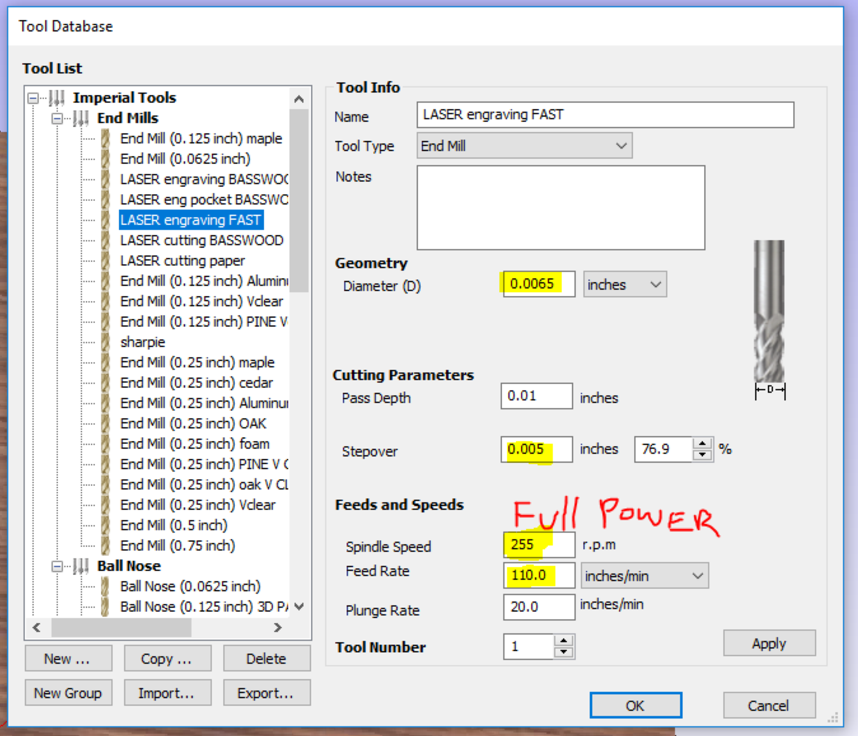 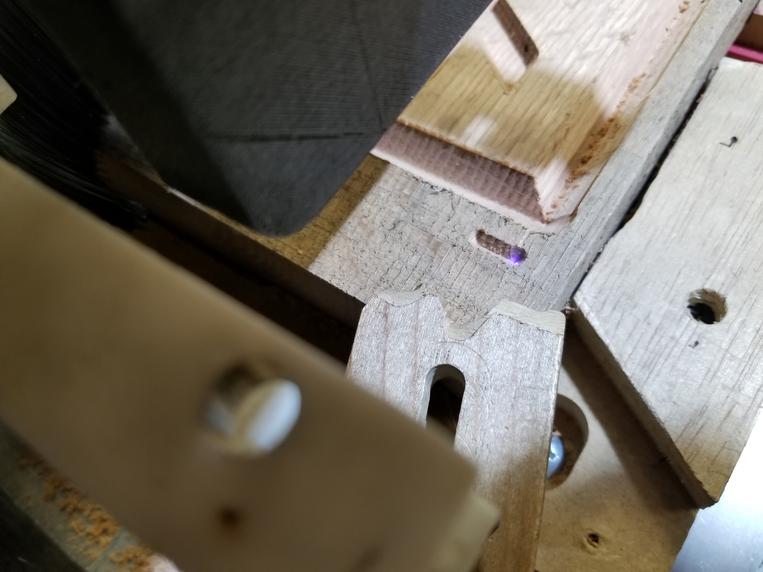 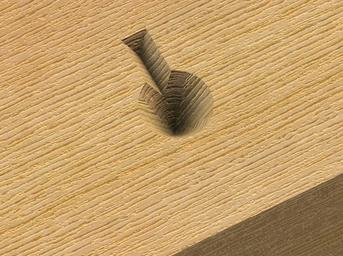